The fourth UN High Level Panel on Post-2015 Millennium Development Goals (MDGs) kicks off Monday in Bali, focusing on the global aspect of the agenda, as well as its implementation.

The CSOs Global Forum, involving around 300 representatives from civil society around the world, met in the past two days and discussed strategies and concepts they would present to the panel talks.

They concluded that the panel must address inequality issues in all aspects of life during the High Level Panel Post MDGs meeting as unequal progress on human development remains, although the MDGs have managed to reduce poverty.

ASEAN has seen the number of people living on less than US$1.25 per day decline to below 20 percent from 45 percent of its total population in 1990. In 2010, one in 34 children in Southeast Asia died before their fifth birthday while in 1990, the number was one in 14 children.

Under the MDGs, 600 million people have been lifted out of poverty, 56 million more children can go to school, and 14,000 fewer children are dying from preventable illnesses.

â€œItâ€™s true that the MDGs managed to reduce poverty, for example in Indonesia. The inequality remains in many aspects of human development such as the disparity between access to health in Jakarta and in Papua,â€ Dian Kartikasari of the Indonesian Womenâ€™s Coalition for Justice and Democracy told The Jakarta Post on Sunday.

There were also differences in access for people with disabilities or access to public services in developed and developing countries, she added.

Michel Anglade, Campaign and Advocacy Director at the Save the Childrenâ€™s Asia Regional Office, said the figures showing human development improvement in the world did not guarantee equal access for all.

â€œWhen you stop referring to the data, you can see that, for example, indigenous people or people who are being discriminated against, usually that kind of level of development is failing on these people, even if the MDGs are being made on an average level, you can see that these people are lagging behind,â€ he said.

The new framework should have a target of covering all segments of the population, he added.

The CSOs also urged the panel to address more means of implementation and global partnerships, which have been scheduled for discussion.

Mickael Hoelman of Tifa Foundation said the leaders should recognize the importance of having the correct architectural foundation before they started implementation:

â€œWhether the architecture gives the same opportunities for the less developed countries or not â€” tomorrowâ€™s panel needs to address that.â€

A panelist meeting is set for Tuesday, before the co-chairs and panelists meeting on Wednesday that will be attended by President Susilo Bambang Yudhoyono and Liberian President Ellen Johnson Sirleaf. 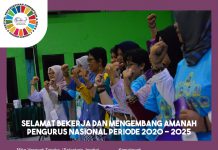