Hundreds of participants of the 4th Meeting of The High-Level Panel of Eminent Persons on Post-2015 Development Agenda gathered this morning, March 25, 2013 in Nusa Dua Bali to attend Town Hall Citizens Voices for the Post-2015 Development Agenda. Anselmo Lee of Asia Development Alliance (ADA) delivered welcoming speech and introduction. This event was especially designed for grassroots representatives to voice out their concerns and opinions to the High-level Panel members and participants in general.
Civil Society Organizations (CSOs), represented by Ahmed Swapan of Asia Working Group, gave first presentation on the outcome of the CSOs preparatory meeting held previous days on March 23-24, 2013. The CSOs preparatory meeting was attended by more than 200 civil society organization representatives and discussed the ideas and framework to be included in Post-2015 Development Agenda.
Several sectoral working groupsâ€™ representatives were invited to the stage to share their recommendation. Maria Bo Niak, representing migrant workers, refugees and internally displaced persons, demanded the state to provide legal protection to this group and abolish the dichotomy between formal and informal sectors which put them at disadvantage position. She asserted that â€œThere is no development without migrant protection.â€
Prasad Sirivella, a representative from ethnic minorities, dalits and other social excluded groups, stated that the rights of her group have not been properly and equally recognized which results to the group generational of poverty. Among their demands are institutional mechanism to accommodate their rights and recognition and protection to land and territory.
Children, disability and ageing group was represented by Gregor Hadi Nitihardjo. They demanded greater role and influence in the discussion of Post-2015 Development Agenda because it is very essential to them so that they are able to enjoy human rights to the fullest.
Dian Kartikasari from women, LGBT, and victims of gender violence group said that current development agenda failed to recognize the rights of this group. The group recommended the development agenda should not only focus on economic development but also on equality of rights among people, including on their group.
Iman Usman and Rachel Arini from youth group stressed out quality education, health services and fair wages for young people as among thematic priorities to be developed in in the Post-2015 Development Agenda. Besides, several other grassroots representatives (fisher folk and coastal communities, workers; unemployed and urban poor; and participatory research) were also invited to speak at this event.
The event is then continued with several parallel meetings: CSOs Roundtable, Women Roundtable, Public Sector Roundtable, Youth Roundtable, Academic Roundtable, Business Roundtable, and Parliamentarians Roundtable.
Civil Society Communique of CSOs Preparatory Meeting in Bali
Official Social Media Team of the 4th Meeting of The High-Level Panel of Eminent Persons on Post-2015 Development Agenda 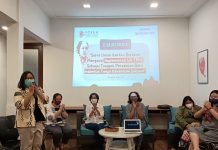 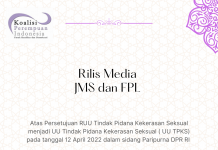 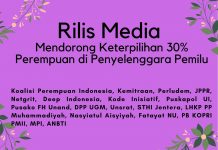