Indonesian Womenâ€™s Coalition secretary-general Dian Kartika Sari says that religion and tradition are used to prevent women in villages from accessing public services, such as education and health care.

â€œReligion and tradition are used to discriminate against women, particularly those living in villages, to stop them from participating in the public and social domain,â€ she said.

Dian said that based on the coalitionâ€™s work to promote gender equality in villages in 28 provinces, the best way to help women was to make them aware of the impact of traditional and religious values and to understand how those factors might hinder their access to public services.

â€œWe also approach and build good relations with noted local leaders and religious figures because they can influence men to open themselves to the idea of granting similar civil rights to females,â€ she said, adding that expanding the role of women in developing villages would benefit all community stakeholders.

According to the Indonesian Womenâ€™s Coalition, the government has yet to make significant progress in villages around the country despite the fact that villages comprise the largest portion of Indonesiaâ€™s administrative governments.

The Home Affairs Ministry recorded that Indonesia had 67,172 villages.

Even though the number of poor people across the nation has decreased, the percent of villagers living in poverty stood at 64.23 in 2010, up from 63.38 percent in 2009.

Darwini, an Indonesian Womenâ€™s Coalition coordinator working in Indramayu, West Java, said that much of the governmentâ€™s support, including financial support, had yet to reach the village level.

â€œFor example, the government claims that it allocated a certain amount of money to eradicate illiteracy in the regions in the countryâ€“ but none of the funds have reached the community-based illiteracy program in the Beduyut village where I work,â€ she said.

The National Education Ministry previously announced that it would allocate Rp 15 million (US$1,755) to each of the 550 organizations cooperating with the ministry to organize reading centers, and Rp 25 million for each new sustainable development program.

The coalition has recommended that the government prioritize villages in crafting development programs and apply gender-equality principles in creating policies related to development to positively affect women in villages.

The coalition also urged the government to coordinate the efforts of the various ministries and state institutions focusing on villages, create public spaces for women in villages to facilitate their participation in the public sphere and involve the people in promoting the rights of women in villages.

â€œWe have to remember that government officials can only implement recommendations, including issuing gender equality policies, only if they also donâ€™t take traditional and religious values for granted, and are gender-equality literate,â€ the coalition said.Â (msa) 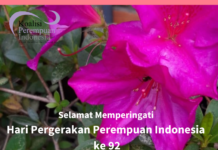 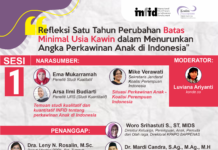